Children adapt to the language easily

Many people believe that when they speak to a child in multiple or different languages, it may cause a confusion in him and may even start to mix languages. This is absolutely false. It has even been proven by science that if you expose children to a specific language other than your mother tongue, he is more likely to adapt to it even before he turns 6 months old.

As it is, science proves that children under the age of 10 years are more likely to learn and have an expertise in a foreign language. Adults, on the other hand, take far too long than children to learn languages.

ALSO READ – Children Stories – Why Is Storytelling Important To Children

Your baby will take as much time in learning his mother tongue as he would a different language. It is because when he still learning from you, he will better be able to differentiate between different words and meanings. This means that it will not lead to speech delays because he is being made to understand multiple languages.

Give them a head start in schools

If you are a parent like most other parents, then you would also want to make sure that your child has a good head start in school. With so much competition these days, your child is bound to be a step ahead when it comes to his admission in schools.

Granted that knowing only mother-tongue is not enough because that is not big-deal. This is why, I choose to acquaint my daughter with French.

Science again has proven that multilingualism; in fact, enhance the reading and writing skills of children later in life.

Obviously when your child knows two languages or more, he is better able to express himself in both writing and speaking.

A recent research has revealed that the mind of a multilingual child and a child speaking the same language works differently.

Experts believe that when a person speaks another language apart from mother tongue, different parts of the brain are involved in the production of language.

ALSO READ – Is Your Baby On A Growth Spurt?

A head start in their careers 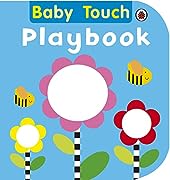 Investing your time and effort in your children today will only lead to automatic investment in their future.

By this I mean to say that if you raise your child to be multilingual, given the career scope these days, your child will most definitely have a head start in his career in the future.

In a globalized world today, at least I, personally, would not want my child to not take advantage of being multilingual when she clearly can.

And one additional language is just a start if you want your children to explore the world!

How about you? Have you considered raising a multilingual child? Or have you already raised one? What benefits did you get from it? We would love to hear your thoughts.

Do you need more help?

Be the first to leave a review.

Your browser does not support images upload. Please choose a modern one

GET YOUR FREE COPY TODAY!

GET YOUR FREE COPY TODAY!

Protecting Your Baby From The Summer Heat

Is Your Baby On A Growth Spurt?

How To Recover Physically After A Miscarriage

Mom's Cuddle® is a registered trademark. Any unauthorized use is an infringement of copyrights, trademarks, or proprietary rights and such activity may result in legal action and financial penalties.

All information and guidance about baby care, baby food, baby products and pregnancy, presented on Mom's Cuddle® is only for your consideration and information. It shouldn't be taken as medical advice. If you suspect that you or your child has a medical condition, always consult a doctor.

Momcuddle.com is developed and managed by Thirtyfour® Soft Systems pvt. ltd. Although, It is believed to be accurate and up-to-date, yet some information here is based on personal experience of our users and experts. Therefore, we recommend consulting appropriate health care professionals.

Mom’s Cuddle® participates in various affiliate programs such as Amazon Services LLC Associates Program, which means Mom’s Cuddle® gets commissions on purchases made through our promoted links throughout the site.